A Casey of Mistaken Identity Update 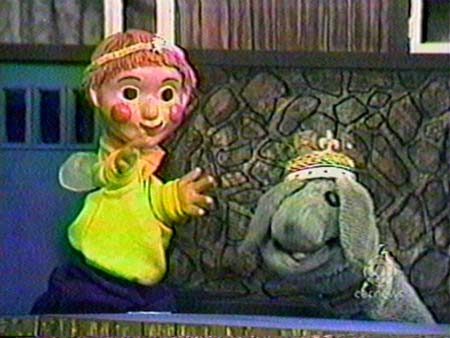 Claire is being a bit jumpy and weird on the street; when Rita asks her what she’s been up to Claire responds with, ‘What do you mean by that?’

She then asks Sally and Kev to come around to see the repairs to the house and when they drop by, Ashley takes Kev to the side and asks him if he thinks Claire’s been acting weird at all.   He says that she doesn’t sleep much, etc. etc.  Kev thinks it’s all because, oh I don’t know, because someone kidnapped her baby and tried to burn her alive.   Ashley thinks she should get over it.

Later Ashley convinces Claire to go on a family outing to the park with Joshua.   She’s hesitant at first but after some coxing she tells Joshua to strap on his Velcro trainers, they are hitting the swing set in a big way.

On the way back, Ashley leaves them for a sec and Claire thinks she sees Casey in front of the Kabin.   She starts yelling for someone to grab her and runs over towards the Kabiin – leaving Joshua in the middle of the street.

Badda-bing-badda-boom – the inevitable happens and one of the streetcars almost hits Josh.  Ashley runs into the street to save him just as the car screeches to a halt.

He, is more than a little pissed and tells Claire to get into the house.

While she puts Josh to sleep, he goes through her purse to find the number of her doctor.  When she comes done, they have a talk and Ashley tells her that he wants her to get medical help.

She asks him if this is it, every time something upsets her he’s going to cart her away to the mental health facility.

They throw ginger haired glares at each other.

Jerry and the Heartbreakers

At the coaxing of his eldest, Jerry brings, what I must say was a VERY impressive bouquet of flowers  (no Alahan special for him) over to Streetcars for Eileen.

Anyway, after hearing the flirting and Eileen’s comment that Jerry must be trying to impress someone with those flowers he goes away downhearted.    Has she not clue in yet?   He’s comforted her with cookies, throw paint specks at her, brought around kebob AND wine and now this.   Or is she just playing with him?

Outside Lloyd figures out who the flowers were for and tries to convince him to give him to her, but he decides not to.

Chesney tells Fizz that he didn’t tell Kirk-eh about John…but he did tell Sophie….and well, Sophie’s kind of in love with John.

Fizz puts two and two together and approaches Sally at the factory, ‘I’m going to say something, I hope you won’t take offense.’

Sally is apparently not that secure about her own hygiene s she replies ‘ I haven’t got B.O. do I?   It can’t be my breath, because I gargle every morning…extra minty.’

Fizz tells her  suspicions with the scooter and Sophie and Sally says that she’ll check but she’s pretty sure Sophie had nothing to do with it.

Back at the Websters, Sal feeds Sophie what might be the WHITEST sandwich ever, while her and Kev contemplate the damage to Fizz’s scooter.  When the police are mentioned, Sophie reacts and they get it out of her that she trashed the bike.   Kev tells her that she has to pay for it out of her allowance.

After Sally apologizes to Fizz, Fizz then rushes off to apologize to Kirk-eh.    Kirk-eh misinterprets this as her coming back to him.   He tells her that he loves her so much it hurts his heart and that no one could love her more than she does.   Fizz then has to tell him that it’s over that  John is the one she wants to be with.

Kirk-eh responds, ‘Don’t pity me, if all you have left for me is pity, I don’t want to talk to you again.’

While You’re At It, Can You Get Us Some Ice Mix?

Can I just say that back in 1984 when I was a fresh faced kid recently moved to the t.dot from B.C. – that my sister and I went into a green store where they were selling all natural cleaners.  When I wanted to buy some, my sister said, the problem with most of these products is that the main ingrediant is elbow grease.

Swear to God I responded, ‘Okay, well, were can we get that?  Can we just make this stuff at home?’

So, there is a reason for this story…

David is on the job with Jason and Bill retiling the roof of the kebob shop.  Bill and Jason are having a grand time hassling young David on his first day on the job and tell him to pop around the shop for some elbow grease and a glass hammer.  (aahahahahahahahahaha!)

When Amber comes around there is some more teasing afterwards about her being interested in David.  David blows this off and Bill wonders what’s wrong with him.   Then he says, and yes gentle readers I had to rewind 3 times to confirm what I thought he had said, ‘I bet our David still hasn’t lost his cherry.’   A little naughty slang on the street!

Anyway, up in the office later Jason teases David about being a virgin and David retorts, ‘It’s because I’m gay!  Gay, gay, a homosexual, gay!’

Normally this would be a shocker, but let’s face it, this is David.  So, yeah, it’s a bit of a lead balloon – of course he’s not gay – he’s just yanking everyone’s chain again.

Rita has a new plasma flat screen television that she can’t turn off properly.

Emily, on the other hand, has been getting by on the same telly for 32 years – a bicentennial television!   I so needed a visual on a 1976 telly.

25 Responses to A Casey of Mistaken Identity Update