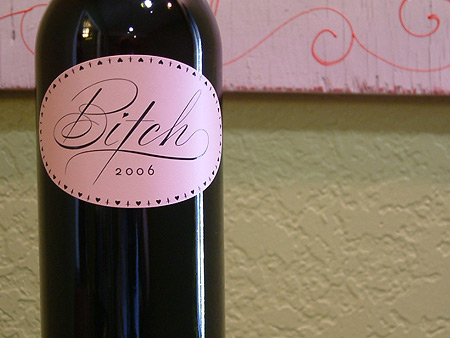 The episode in which much bitchiness prevails.

The madness continues at the Morton household with the departure of Jodie for the region of the Thames and Darryl being away on holiday. Jerry is at his wit’s end trying to manage the kids and the kebab shop on his own and ends up being a bitch to Eileen when she comes by for a visit, who needless to say is unimpressed with his behaviour.

Molly and Ty bitch at Paul for not cleaning the place up like he said he would before Jack and Vera return from their trip to Blackpool. He promises to give the flat a once over before work but leaves the place a tip. When Jack and Vera do return they find their beloved home in a right state and bitch about the mess and the fact that there is no milk in the fridge for their brew.

There are two of them really in this house, David and Gail. David and Jason ‘bond’ over a few computer games, talking about Richard Hillman and mental damage and the like, although David is just toying with the loveable yet dimwitted Jason for some as yet unhatched future evil plot. Gail stops in for a minute and overhears some of the conversation and is equally dimwitted enough to believe that David is being sincere with Jason. When Sarah hears what is happening she tries to rush home and put an end to this charade, but is thwarted by Audrey, who is being called by the siren song of the gin bottle at The Rovers.

The Other Crazy Bitch

Claire apologizes to Kevin yet once again for giving him a snog the other night. He says it was nothing but a bit of drunken foolishness. Claire agrees, and comments that he and Sal are so solid that a snog from a ravishing redhead with joyful jubblies should be nothing to worry about. Kev gets an odd look on his face when he ponders how solid things with Sal are these days.

Sean acts like a complete bitch towards Violet when she comes home after a night spent with Jamie. He tells her that he has no choice but to seek legal advice over his rights in regard to the unborn baby that they created together. Sean talks to Marcus later about this matter and Marcus, bless his level head, gives him some good advice, although time will tell if Sean heeds the advice.

Later at the pub Violet tells Jamie that she is so upset with Sean she is unsure if she can continue living under the same roof as him. Jamie suggests she move in with him for a bit, and before you know it they have decided to get a place of their own.

The Websters are having a delightful family breakfast when there is a knock on the door. Lee, the new boy toy for Rosie is there to walk her to school but she gives him short shrift and sends him on his way beacuse ‘she hasn’t got time for boys’. In the hall at school later Rosie sees Mister Snape and decides to make up with Lee, in a clever ploy to make John jealous, which of course works like a charm. John tells Rosie that she should dump Lee for a variety of reasons, to which Rosie replies ‘You can’t tell me to do anything’. Quality bitch behaviour.

Fiz makes some bitchy comments at Sal while they are at work.

John comes by the factory later to talk to Sal about the conversation he had with Rosie about her relationship with Lee. Suddenly Sal gets something in her eye* and John stands quite close to her to see if he see what it is. At this moment Fiz and Sean walk in and from their perspective it appears that John and Sal are having a snog. Fiz marches up to the two of them, calls Sally a bitch and gives her a slap.

*The old ‘something in my eye’ line was used by Steve just the other day when he was explaining why he cried while watching Pochahantas.