Have I Mentioned I Heart Jim? Update 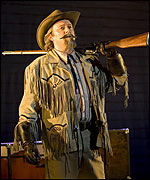 Charles Lawson (Jim McDonald) as Buffalo Bill Cody in the London production of 'Annie Get Your Gun'.

Dear readers, I have to tell you….I’m becoming perfectly obsessed with Jim.   Really, it’s hard for me to give a flying fig’s toss about anything else that happens on the show when you know ‘yer man’ might make even the briefest appearance and utter one of those gems the writers have been giving him.

From Your Mouth To God’s Ear

Jim comes by the pub to pick up Amy and interrupts Vern penning his marriage vows.  When Vern leaves to collect Uni-brow from the Barlow’s, Jim reads over what Vern has scribbled comparing his and Liz’s love to Sonny and Cher (sonny and cher…that standard of eternal love and devotion), Romeo and Juliet, Newton and Ridley, Ant and Bee… 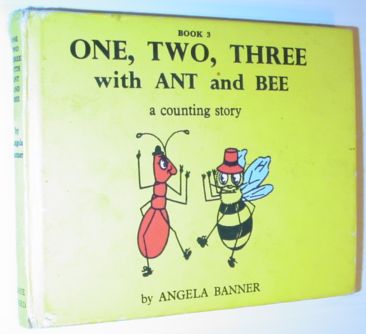 Liz then shows up and her and Jim have a cuppa (using the ‘Liz’ and ‘Vern’ mugs no less!) together and talk about the raging success that is Steve and the big fat disappointment that is Andy.   When Vern walks in with Amy, Jim takes her, but not before commenting on LIz’s new hairdo (smoooooooooth) which Vern quickly repeats.  When he’s out of earshot of Liz, he tells Vern that he put the marriage vows under the sofa pillow so that Liz wouldn’t see them.

Vern follows Jim out of the pub and confronts him about reading the vows, which he had no right to do.   Jim admits that’s true but what’s done is done and besides he just wanted to make sure that Liz didn’t see them.  Then Jim (while keeping a straight face, mind) tells Vern that the poem is amazing and that Liz will be over the moon when she hears them.  Vern, pleased with himself, saunters back to the Rovers.

Then comes the best line of the night when Jim asks Amy, ‘What in the name of God does your granny see in that wee man?’

I know!  Jim, we’ve been screaming the same thing at the telly for the last 2 years.   WHAT, what is it with him?

Maybe Ryan Will At Least Get His Father’s Surname

Nick, Alex’s dad, not Gayle’s spawn, shows up at the Rovers to confront Michelle about the situation.  Let’s just make this as painless as possible….I’ll skip the Michelle crying and throwing her head into her hands bits.   Basically Nick wants Michelle to get Ryan to do a DNA test.  Michelle accuses Nick of being a bastard.  Nick mentions that she won’t be able to rest until she knows the truth.  (Which is kind of true, innit?).

Michelle does a lot of crying and Steve gives her advice.  He tells her the best thing might be to get the DNA test done because Nick doesn’t look like he’s going to stay away (unless, oh I don’ t know, you went to the police and told him about your son’s stalker….) and that he has a point about Michelle deep down wants to know too.

So there it is.  I know it’s a shock to Michelle, but in my mind I’m trying to play out the worse case scenario.   If it is true, I very much doubt any court is going to make the two families ‘switch’ teenage boys.  So then what you’ll have is the same situation as when adopted children find their birth parents.  Here’s my biological parents, but here is the woman who raised me and is my mom.  PLUS, you’ll have a kick ass lawsuit with the hospital.   The only down side is knowing that Ryan didn’t get his wicked deft Playstation genes from you.

Sarah enters stage 3 level 12 of her plan to destroy Milano David.  She continues to harp on to her mom about David appearing to be on drugs and that she should keep an eye on him.  Gayle says that David is nearly 17 (fyi – Christmas is his birthday and Rosie’s is Christmas eve) and she can’t keep him locked up.

At the restaurant that evening Sarah is serving a rather jovial group and is being flirted upon some young man with a hungry look in his eyes, a devil may care attitude and an explosive amount of ‘E’ in his pocket.  Sarah does some very nice handling of the situation and in the end manages to buy some from him….which I assume she will be using as a plant.

Oh, and as an aside – Jason and Stephen come into the restaurant and Stephen says to Jason, ‘You don’t mind her working that hard?’  Jason replies with a jaunty, ‘Oh no, it seems to keep her happy.’

Then they light up a Pall Mall, knock back a few martinis and drive off to their restricted golf club.

Yeah, it keeps her happy.  Although her real dream is to become a Sherpa one day.

Rita is planning Christmas dinner for her, Emily and Norris as none of them have family.  WTF? None of the families on the street could have invited them in?  Hello Websters!!!  How much money have you borrowed from Rita over the years?

Fizz asks Chesney to come to the flat for dinner with her and John.  Ches accepts assuming that Schmichael and Kirk-eh are also invited.  Fizz says that she really doesn’t think it’s a good idea for Kirk-eh to come and that he has friends he can be with like Tyrone and Molly and um, um, uuuuuum.   (His SISTER Maria maybe?  Is that the name you’re looking for Fizz?).   Anyway, Ches’s loyalty is to Kirk-eh and gives Fizz the thanks but no thanks schtick and does that cute little scrudgy face and shoulder shrug he does and walks off.

Oh, and Rosie keeps hounding him about seeing her.  rinse, wash, repeat.

Mollie seems to be wasting away on whatever reducing regime she is on.

Dev owns a Santa hat and will be open on Christmas day.

17 Responses to Have I Mentioned I Heart Jim? Update