When You’re a Jerk You are Always Jerk

The who opens with some hoodlums stealing milk off a truck and then smashing them against the café.  When Roy confronts them, they run away.  Who are these youths?  Why does the leader look like Morrissey?

Later in the afternoon Emily and Rita going out for lunch and as they walk along the street, Rita says she doesn’t know how Emily puts up with Norris.  Emily says knitting helps; she pretends she’s counting so he can’t talk to him.   Hmmm…I knew knitting had more than one uses.

But wait!  The gang is back and the three youths jump down from that raised area by the chippy in a sweet almost choreographed move and walk past Emily and Rita in a menacing manner.

Later on as Rita, Emily and Liz discuss the wonders of transatlantic flight, Norris minds the shop and dreams about winning a trip to Jamaica to see Ian Flemming’s house.   At that moment the hooligans come into the shop, rough up Norris and rob the till.  It was actually a bit terrifying and I worry that Norris may have broken something when they threw him on the ground.

Claire is excited about people coming by to see the house for sale and when wants to clean, Ashley says there’s nothing wrong.  She wonders why men never see dirt.   Glacia just drinks a vodka and remains silent.

A couple who could be Conner cousins with their dashing Black Irish looks come and look at the house.  Claire tries hard to sell the property right then and there but they say they have other houses to look at .   When Sally sees potential buyers leave the Peacocks, she steams and Claire smirks.

Chesney is sulking around and when Fizz asks him what’s wrong, he makes up a story about Norris being upset with Schmichael.   Fizz approaches Rita later, but Rita tells her that there was no argy bargy between Norris and Ches and adds that Ches barely speaks to them any more.

Fizz confronts him about this and asks him why he hasn’t been himself.   She asks if he misses Cilla, that Kirk-eh is spending so much time with Joo-lee, etc.  Ches says none of the above and that she just wouldn’t understand it.

My guess is maybe a crush on that young Morton girl.

Meanwhile, Kirk-eh goes to the Kabin to get a lifestyle magazine to improve his looks for Julie and decides the one with Daniel Craig on the cover will give him ideas.  Rita says that he gave her a few ideas when he posed in the blue swimming trunks.

Time stopped for Glacia for a few minutes while she reflects on this.

Okay, back to the show.

Roger comes by to work on the bathroom while Deidre and Blanche go out for the day..

Turns out Roger and Ken have a shared love of Elizabethan history and spend most of the work the time discussing Tudor spymaster Sir Francis Walsingham. 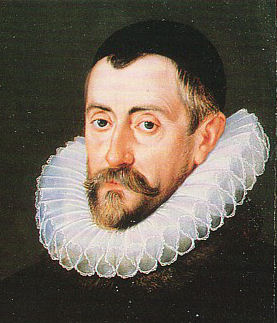 When the ladies come back, Blanche calls Ken the Poor man’s Melvyn Bragg.

Tina’s late for her bus to work and when she misses it she wants to call in sick because she’s already been late three times this week.   Gayle convinces her to go in and do her shift instead.  But this ends up getting young Tina fired because there’s a three times your out policy.  But wait; wouldn’t this have been her fourth time late?   Shouldn’t she have been fired the last time she came in?

Anyway, Tina considers taking the Pound Shop inbred manager to a tribunal but Gayle advises looking for another job instead.

We get to see Jason half naked.

The Mortons still seem to be around and in a groundbreaking new story line for the Mortons – Jerry wants his kids to help out.  He tells Grossboy that he needs to take care of the wee ones.  (Finely lives!)

8 Responses to West Side Corrie – Update