A Slight Glitch On The Way to the Alter

Steve is back at the Rovers and is trying to get Lloyd to tell him what he told Michelle. However, he can’t get Lloyd alone so Lloyd slips and makes himself scarce for the day. He finds out from Michelle that Becky is now the new barmaid as Leanne was sacked by a paranoid Michelle.

Steve then makes his way to the cab office where he starts shouting into the radio for Lloyd but to no avail. And despite Eileen’s dropping the ‘I thought we were friends’ bomb, Steve ain’t spilling any details.

He runs out and smack into Maria and Liam who want to know when they can book their flights to Spain. He then finds Becky in the smoker’s shelter at the Rovers, where she is twirling Amy in one hand and having a cigarette in the other. He wants to know what she’s playing at but Becky says she’s not playing. It was a one night thing and she’s already forgotten. Besides, she’s 19 hours away from a holiday with Jason.

Steve finally finds Lloyd at his flat where he finally gets Lloyd to spill – he told Michelle that Steve is going to propose with the big ring and the wedding in a castle in Andalusia. Steve flips out but Lloyd reminds him that it’s still better than the truth. Later, Lloyd comes to Steve in the Rovers and admits that he went a little overboard. But isn’t it time, he reckons, that Steve pop the question anyway? He could even get a castle in Scotland if he’s on a budget. I would suggest this Doune Castle, aka Castle Anthrax. He should still pop for a big ass ring, though.

A Glitch in Ken’s Novel

At the Barlow’s, Deirdre is writing a letter to Tracy (she’s the only one who does) as Ken wonders if he should wear his turtle neck sweater and a pair of jeans to his university reunion or would that be too jaunty? I’m not sure how anything could be jauntier than his preppy tied around the shoulders combo but in any case, that’s what he wears to the reunion when he runs into his friend Clarkie. Or, as he is properly known, Adrienne Adrian Clarkson. 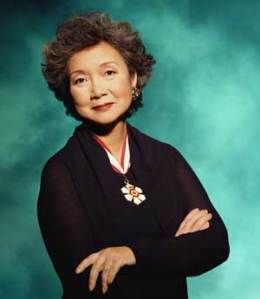 Clarkie has retired to a farm in France with his family. He tells Ken that a mutal friend has passed away and he would have wrote but he didn’t know his address. He fails to tell the former Governor-General that his address is the same one as the one he was in during the first episode (Ken did move but ended up back there).

Ken also runs into Marion, his ex-lovah, and they reminisce about her old bedsit and her squeaky bed. They quote a little Philip Larkin but nothing much comes of it as they are both married.

Ken runs into Clarkie again, and is reminded that he was once a promising young writer and they thought he’d be on the BBC by now.

Ken tells Clarkie that his Uncle Albert didn’t approve of students and thought they gave Ken ideas of rising above his station. Ken heads home and is kind of in the dumps over what he thinks of as his lack of accomplishments in life. It doesn’t help matters that Blanche is asking if he told his friends that he works in a café co-owned by a woman who was once called ‘Harold’. He tells Deirdre this but she gives him that ‘Gee, thanks’ tone and leaves him alone with his thoughts.

A Glitch Named Webster and Other News

From his new flats, Tony overlooks Coronation Street with Carla. Tony tells her of his plan to get £10,000,000 in the bank then retire at 42. Kevin Webster is just a glitch in that plan.

I have the same plan, except instead of buying up businesses, I buy 6/49 tickets.

Lloyd is still driving Clarissa around. He suggests to Harry that he should buy a better class of car for him to drive her in. In fact, he sees this as a whole new business scheme for him: blokes driving rich ladies around in luxury cars. If Harry doesn’t like the idea, he’ll take it to Dragon’s Den.