Update for Thursday, November 26, 2009: A macaroon by any other name is still a biscuit (or a cake)? 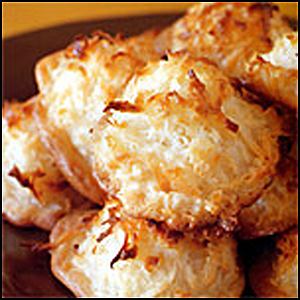 Many apologies for the tardiness of this post. Mr. Pink Lady and I were off celebrating US Thanksgiving with a turducken and turkey dinner. We’ve just now woken up from the turkey-induced slumber. Anyhoo, on to the update.

Carla now knows the truth, which is that Tony had her Liam killed. However, it wasn’t easy for Tony to make these plans (apparently).  Carla calls Tony cold blooded.  Au contraire, Tony insists he was boiling and wanted his unconditional love reciprocated.  I can’t tell you how often Mr. Pink Lady and I have axed someone to keep the love going.  Tony reminds us that he came from nothing and is a self-made man.  This brings me back to a prior quote from Mr. Gordon:  “I am the director of 3 companies.  Lunch comes to me.  No grease, no grime.”  Well, well, well.  It seems that while offing Liam seemed to be the only option for Tony, Carla had already ended it with Liam because she is an honourable woman who loves Tony she found out that Maria had a little bun in the oven.

BC has a new meaning:  Before Carla.  BC, Tony was happy and confident, now AC he is insecure and paranoid.  After all, Tony had Liam killed for them, for their relationship.  So they can just erase the slate, right?  Wrong.  Carla says she will punish herself forever.  Tony offers to confess his actions to Weatherfield’s finest so long as Carla waits until he sees the light of day again.  Carla is not promising this so Tony asks Carla to end his misery and stab him with scissors.  With that, there is loud knocking at the door.  Carla is relieved, and Tony has to open the door.  It is pre-natal Wiki who is drenched with rain and telling them that she must return to Poland to tend to her ill mother.  They will hold her job for as long as necessary.  Exit Wiki.

Tony relocks the door and Carla holds Tony and says she had no clue what she had done to him.  With that, Carla knees Tony in the groin, unlocks the door and flees.  Carla gets into her car and Tony throws himself onto her windscreen pleading with her to not leave him.  She guns the gas, takes off to have her baby into the night (what are they putting in the wine and pints at the Rovers?) and Tony is thrown to the ground with Maria watching.

Lloyd decides to take his mate Steve out for a night on the town (i.e., singles’ bar).  You know it’s gonna be a swinging night when the first bloke they meet is Bill Webster and then they are met by Liz.   Oh, and the great macaroon debate surfaces at the bar.  Oy vey!   Remind me to not invite them to my next party.

And in a final bit of social awkwardness, Mary (Norris’ bird) arrives at the Rovers to celebrate:  she is there to give Norris his share of the profits from renting the caravan.  Mary says she’ d like to take her mother on a Baltic cruise with her share and suggests that perhaps Norris may join them.  Norris is far too busy at the Kabin and mocks people who take cruises.  Rita shoots Norris a look, which goes over his head and Mary is clearly disappointed and leaves.  Honey, he just did you a huge favour.

4 Responses to Update for Thursday, November 26, 2009: A macaroon by any other name is still a biscuit (or a cake)?